Motivated or Self Motivated – Which one are you ? 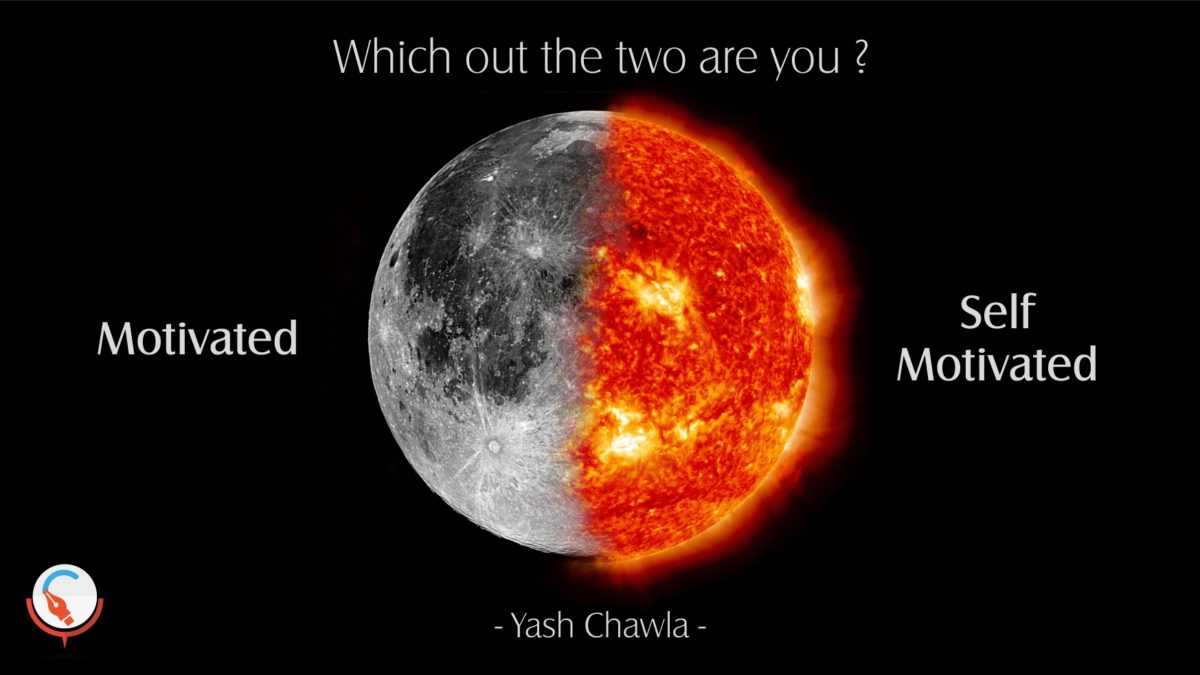 Some time back, i was having a conversation with a few acquaintances, standing by the road side having a nice chocolate ice cream. One of them said, “Now-a-days nobody cares about employees, everyone just wants them to work and not expect anything in return.” Most of the people standing there agreed. At that point a question came in my mind and i asked them that, “When we appear for an exam, we don’t expect to get the results before writing the exams, do we?” Well, the reaction to this was that it din’t have any kinda relation with what was being discussed i.e. “Caring for Employees”. So i re-framed the question and asked, “Do you think that most of the employees want favorable treatment first and deliver the output thereafter ?” A moment of silence, which was followed by a firm answer that, “One needs to motivate the employees, to get better output. Today, employees are treated as resources which can be burdened as much as the company management deems suitable and when time comes to appreciate, they don’t.” That made me ask my-self what could be the reason due to which i never went through this scenario and i remembered what a faculty member back in the first year of my college told me. “Yash, in the coming years the scenario is going to change. The world is going to be in favor of people who can motivate themselves, rather than waiting for people to motivate them.”, he had told me. This was one of the life lessons, which i have always applied in my life as well as career. I have never waited for any individual to motivate me to do something, whatever i feel is to be done, i find my own motivation of completing that work. Perhaps, that has been the reason why i haven’t faced this scenario.

Ask yourself, which end are you at ? Motivate or Self Motivate ?

This can also be understood by a simple example of a farmer and a bullock. After the summer season, farmer is self motivated to begin ploughing  the field. On the other hand, the bullocks need motivation to begin doing the hard laborious work. Hence the farmer, first tries to do so with love, then with the stick. This is a motivation for the bulls and the bulls are fed only when they have done the work in the field ! Another wonderful example is that of the SUN & the MOON. Sun shines on its own, where as the Moon shines because of the Sun.

The same scenarios is with the companies. They need farmers more than bullocks, self motivated individuals, who look at the long term objectives rather then short term gains. When i started observing consciously, at various levels in organizations there are people, who never have to ask for what they deserve. The management, find the best way to treat them as they are the farmers of their land! Self-Motivating is a must and will be a key factor, in you not having to fall in a scenario such as the one discussed in the initial phase of this article.

We are the best Followers !