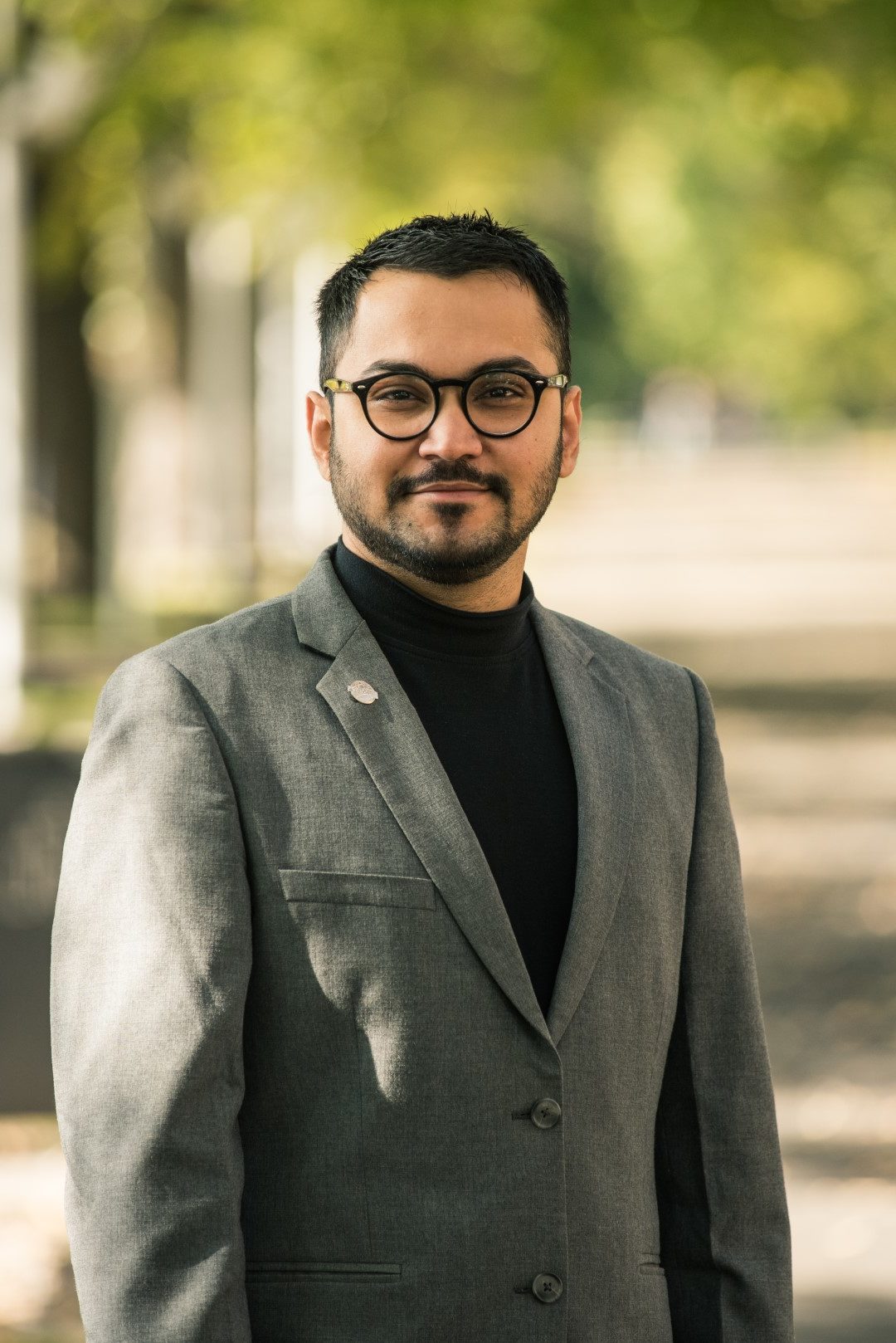 A dynamic and candid individual who has excelled in the field of research, academics, public speaking, training and branding communications, who at a comparatively young age has reached out to more than 75,000 students, faculty members and professionals with his training programs and keynote addresses on “Education for Sustainable Development”, “Public awareness and acceptance”, “Social Media”, “Brand Communications”, “Design Thinking”, “Ideation” and “Innovation and Entrepreneurship”.
He is a double graduate with Honors in Bachelor of Technology (Mechanical Engineering) & Bachelor of Computer Applications and also a double post graduate with Master of Technology (Renewable Energy Technology) & Master in Business Administraion (International Business). Currently he is carrying out research & academic activities at Wroclaw University of Science & Technology, Poland. He holds professional memberships of International Association of Engineers (IEANG) & Indian Society for Training & Development (ISTD). Two of his major research projects are about Public Opinon about COVID-19 and Diffusion of Smart Meters, which are currently begin carried out in over 15 countries. He mostly works in inter-disciplinary or multi-disciplinary research in the following domains:  Social Media, Sustainable Development, Design Thinking, Economics, Pedagogy, Economics and Employability. Some of results of his research can be viewed here.

Under Erasmus+ Programme of of the European Union, Yash, is the institutional co-ordinator for EngInnes project, which is aimed at bringing the industry and academia closer in south Asia countris. He is also working in the area for Education for Sustainable Development,  under the Baltic University Programme and in process to constituting a consortium for undertaking a wide scale project. Along with his colleagues at the Economic Modeling and Forecasting Group, he is currently working on TeTris project, which aims at studying the diffusion of smart devices in 22 countries.

Yash, also serves as the Assitant Editor, for the quarterly scientific journal, Operations Research and Decisions (ORD). ORD, indexed in Web of Science, is an open access, peer-reviewed journal which includes original scientific papers covering the full scope of operations research. Special emphasis is placed on quantitative methods and their application as a tool to solve economic, social and management problems. He has also been on the editorial board, scientific committee and organizing committee of several international conferences.

He has been recognized for his outstanding contributions by reputed organizations:

Yash is also very sound on his technical part, Mechanical Engineering, with keen interest in Aviation and Renewable Energy. His masters thesis was about the manufacturing process for long blade wind turbines. He has also worked on a project named “Gyratory Skyscrapper” which has been filed for patent in October 2013. His other projects involve a Modified F20 Tiger Shark Jet Aircraft (Flying Scaled Model), Dual Robo coordinating between each other for a RoboRelay Race; which he uses as hands on training kits for his students. His contributions to the ALVCOM (Active Learning Video Lecture Communication) initiative of Gujarat Technological University has played a vital role in its sustainable activities. He has been associated with this ALVCOM project since day one and it has been three years now, during which he has delivered over 50 lectures which have fetched hundreds of thousands of views with excellent & positive feedback. Engineering Graphics is considered as one of the most difficult subject by the first year engineering students, but after referring to his video lecture, large number of students have claimed to have passed the exam with ease; which shows the effective utilization of ICT in education. He has been the founding member of the Entrepreneurship Development Cell, International Relations Cell, Public Relations Cell and Students’ Council at various universities in India. He has personally worked on the ground level with the students to become entrepreneur.

In a nutshell, Yash has contributed towards efficient all round development of over 75,000 individuals and with his candid, pleasing & ever smiling personality. He is affable and unique in the field of education at this young age.